History of Port Moody, BC

At the eastern end of Burrard Inlet, the Port Moody area was originally used by the Squamish and Musqueam First Nations as a temporary summer camp.

In later years, European explorers from Spain and Britain mapped the area in search of Sea Otter fur to trade with China. As more permanent settlements, such as Fort Langley, developed in the area, Port Moody became significant as an alternate supply route when the Fraser River was hazardous or blocked.

With the Cariboo Gold Rush in 1858, the Royal Engineers under the command of Colonel Richard Clement Moody were dispatched from England to survey the new Crown colony of mainland British Columbia.

The group of military officers, 150 enlisted sappers and their families arrived and set up their barracks in an area still known as Sapperton in New Westminster. After surveying townsites, mapping the area and constructing several major roads still used today such as North Road, the Royal Engineers were recalled in 1863. All of the officers returned to England, but most of the sappers and their families chose to remain, accepting 150 acre (0.6 km²) land grants as compensation.

Four sappers received land grants in the Port Moody area. Of these, only the Murray family eventually settled here. Subsequently, Port Moody became home to a small resort community named Aliceville at the end of North Road, several farms, and a number of loggers and mill workers around the Inlet.

Now Port Moody is largely a suburban development area, especially around an area known as Heritage Mountain. The city, however, still retains many historical buildings, especially along Clarke Street. The city is growing quickly and in recent years has started constructing high-rises in an area known as NewPort Village, the city's shopping centre. Port Moody's main industrial area is along the southern coast of Burrard Inlet. The city houses a large sulphur depot located at the end of Burrard Inlet.

The construction of a transcontinental railroad was the condition that prompted British Columbia to enter into confederation in 1871. The little town received little attention until it was declared the terminus of the Canadian Pacific Railway in 1879.

By 1881, the survey of Port Moody had begun. Both John Murray Sr. and Jr. assisted and, in fact, it was John Murray Jr. who named many of the streets after members of his family. The population quickly grew through the early 1880s. As the Western Terminus of the CPR almost everyone had high hopes that Port Moody would become a major west coast metropolis.

The railway was completed with the last spike driven at Cragalachie on November 7, 1885 and a train arriving at Port Moody the next day. The first scheduled passenger transcontinental train arrived on July 4, 1886, a date which is still celebrated during Golden Spike Days. Real estate prices soared, but soon fell flat when a branch line was built to Vancouver in 1887.

While many people lost a great deal of money and moved on, others, including real estate tycoon and ship captain, James A. Clarke, and several lumber mills, decided to remain. On April 7, 1913, Port Moody's Council met for the first time as a city. Some prominent early families were Ottley, Bennett, Johnson, Axford, Howard-Gibbon, Thurston, Roe, Abernathy, Elsdon, Campbell, Clarke, Murray and Appleyard. 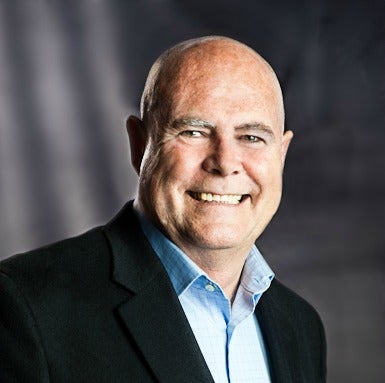 This website is presented by Gord Allan, PREC* from RE/MAX All Points Realty